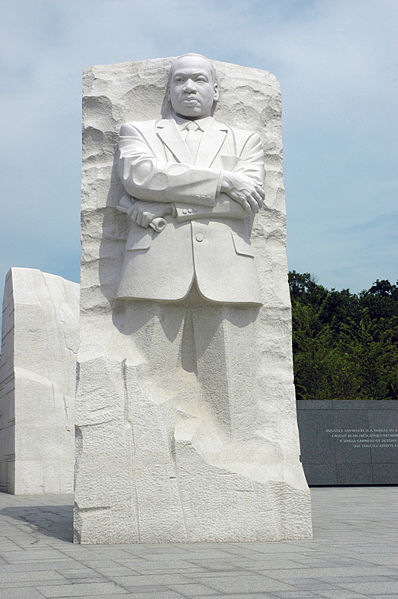 Together we will continue to progress and pursue the letter and spirit of Dr. King’s call to action to each of us individually, our country, and our world.  Overwhelming and moving are words that come to mind when considering how to properly recognize the birthday of someone who changed the course of history.

Dr. King’s writings and quotes are cited frequently, but the occasion of his birthday makes us go deeper.  If Dr. King were here today to guide and counsel us, he would tell us that today is an important opportunity to encourage and support others.  By looking closely and carefully, we can find out where to start.

Educational progress for the African American community has been tremendous, and continues, according to the Urban League. In spite of these strides, there are persistent and troubling facts which are found in their 2016 report, State of Black America

The report goes on to state, “This year, as the National Urban League celebrates the 40th anniversary of the State of Black America report, it continues to interject serious consideration of the social, economic and political issues facing African Americans into the national discourse.  While aggregate improvements can be noted across the board for Blacks and whites, unfortunately the findings tell a clear story that significant disparities remain and have not been resolved by any gains, particularly in income and employment.”

According to the Prison Policy Initiative, the United States has the largest prison population in the world, 2.3 million of which 1 million are African American.  This does not include the 11 million people who pass through the system every year and are not convicted. While the United States represents about 4.4 percent of the world’s population, it houses around 22 percent of the world’s prisoners.

Naturally these facts, and the feelings they elicit, take you back to Dr. King’s book “Why We Can’t Wait” and his Letter from the Birmingham Jail, written in 1963.   His letter is a road map for planning a strategy to make change and have impact.

Dr. King would tell us to celebrate his birthday by living by our principles and commitment to peace and justice. He says in his 1963 letter to be patient and reasonable, but he also implores us to act, and to go where there is injustice, because “injustice anywhere is injustice everywhere.”  He tells us to ignore our critics, otherwise we will not have time to do our important work.  Dr. King reminds us that our discontent is normal and healthy, and we must channel it into nonviolent action.  His deep disappointment in 1963 is clear, and he would be disappointed today.  But he reminds us that there can be no deep disappointment where there is not deep love.  We may have disappointments about today’s state of affairs, but that is because we care, about our community, our country and our world.  Finally, Dr. King recognizes that sublime courage, the willingness to suffer, and amazing discipline are required in the midst of great turmoil.

Dr. King’s non-violent model was designed to encourage and help humankind, but he focused on his community because the largest injustices were there. During his short life and these intervening years, he has been recognized as a great champion for all people.  So let us renew the commitment that he asked of all of us so many years ago.

No matter who you are or what you have, you can take action each and every day. Use this day of celebration to remind yourself that you can make a difference in our world.  You are unique, special and a life changing spirit.   Dr. King’s message of peace and love can be lived by us moment by moment and day by day.   We can turn the tide, because it’s not over, until the victory is won.